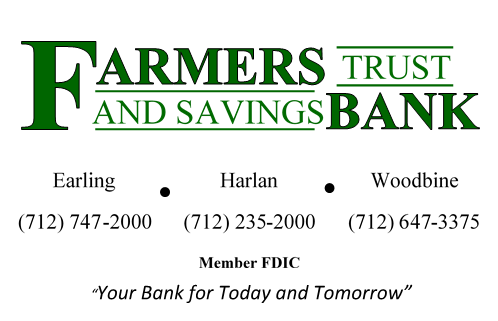 Brought to you by:

Click the banner to go to the Shelby County Historical Museum website
A trusted resource of/for the history of Shelby County that instills pride while educating and inspiring all generations.

1635 - The French colony of Guadeloupe was established in the Caribbean.

1709 - The Russians defeated the Swedes and Cossacks at the Battle of Poltava.

1778 - Mary "Molly Pitcher" Hays McCauley, wife of an American artilleryman, carried water to the soldiers during the Battle of Monmouth and, supposedly, took her husband's place at his gun after he was overcome with heat.

1902 - The U.S. Congress passed the Spooner bill, it authorized a canal to be built across the isthmus of Panama.

1914 - Archduke Franz Ferdinand of Austria, the heir to the Austro-Hungarian throne, was assassinated in Sarajevo along with his wife, Duchess Sophie.

1919 - The Treaty of Versailles was signed ending World War I exactly five years after it began. The treaty also established the League of Nations.

1921 - A coal strike in Great Britain was settled after three months.

1930 - More than 1,000 communists were routed during an assault on the British consulate in London.

1942 - German troops launched an offensive to seize Soviet oil fields in the Caucasus and the city of Stalingrad.

1945 - U.S. General Douglas MacArthur announced the end of Japanese resistance in the Philippines.

1949 - The last U.S. combat troops were called home from Korea, leaving only 500 advisers.

1954 - French troops began to pull out of Vietnam’s Tonkin Province.

1964 - Malcolm X founded the Organization for Afro American Unity to seek independence for blacks in the Western Hemisphere.

1965 - The first commercial satellite began communications service. It was Early Bird (Intelsat I).

1967 - Israel formally declared Jerusalem reunified under its sovereignty following its capture of the Arab sector in the June 1967 war.

1972 - U.S. President Nixon announced that no new draftees would be sent to Vietnam.

1978 - The U.S. Supreme Court ordered the medical school at the University of California at Davis to admit Allan Bakke. Bakke, a white man, argued he had been a victim of reverse racial discrimination.

1996 - The Citadel voted to admit women, ending a 153-year-old men-only policy at the South Carolina military school.
- Charles M. Schulz got a star on the Hollywood Walk of Fame.

1998 - Poland, due to shortage of funds, is allowed to lease, U.S. aircraft to bring military force up to NATO standards.
- The Cincinnati Enquirer apologized to Chiquita banana company and retracted their stories that questioned company's business practices. They also agreed to pay more than $10 million to settle legal claims.

2000 - The U.S. Supreme Court declared that a Nebraska law that outlawed "partial birth abortions" was unconstitutional. About 30 U.S. states had similar laws at the time of the ruling.
- Darva Conger announced that she had done a layout for Playboy magazine. Conger had married Rick Rockwell on Fox-TV's "Who Wants to Marry a Multimillionaire."
- The European Commission announced that they had blocked the planned merger between the U.S. companies WorldCom Inc. and Sprint due to competition concerns.
- Six-year-old Elián González returned to Cuba from the U.S. with his father. The child had been the center of an international custody dispute.

2001 - Slobodan Milosevic was taken into custody and was handed over to the U.N. war crimes tribunal in The Hague, Netherlands. The indictment charged Milosevic and four other senior officials, with crimes against humanity and violations of the laws and customs of war in Kosovo.
- The U.S. Court of Appeals for the District of Columbia Circuit set aside an order that would break up Microsoft for antitrust violations. However, the judges did agree that the company was in violation of antitrust laws.

2004 - The U.S. turned over official sovereignty to Iraq's interim leadership. The event took place two days earlier than previously announced to thwart insurgents' attempts at undermining the transfer.
- The U.S. resumed diplomatic ties with Libya after a 24-year break.
- The U.S. Supreme Court ruled that enemy combatants could challenge their detention in U.S. Courts.

2005 - The final design for the "Freedom Tower" (One World Trade Center) was formally unveiled.

2007 - The American bald eagle was removed from the endangered species list.